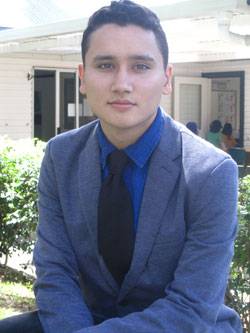 A smooth start to Term 4, which is always a busy one, somewhat taken over for the Primary by Shakespeare.  Swimming has also come back into the timetable for the term.

On Thursday evening  Malcolm Smith delivered a very successful talk on Mindfulness to about 40 people, not all parents of John Colet School we opened it up to a wider community.  What Mr. Smith offered was very much in line with our approach.

The coming week marks a visit by Roger Rogerson, artist, who will be working with 6th class on their Shakespeare mural on one of the panels outside Colet House the first of many!  We have the annual visit of our Shakespeare Festival Patron, Mr. John Bell, on Tuesday, 14th October.  He will be treated to potted versions of all the plays, and we traditionally have a Q&A session with the older children afterwards.  The entire Infants School will be going to the ABC in Ultimo to hear a concert programme, for which Mrs. Tefay has been preparing them in Singing lessons.

Mrs. McKendrick will be on Long Service Leave from Wednesday 15th October, to Tuesday 21st.  Any urgent matters should be referred to Mrs. Donald or to the Headmaster.

The new face about town is Adam Black, pictured below, who is here for the term as a gap student, and is already proving invaluable, as he is accompanying the Infants swimming groups to the pool and is the only one on the staff, as a male, who is able to enter the boys change rooms!!

Adam completed his High School Education at St. James School for Boys, at Ashford, Middlesex, a large and well provided campus.  He studied Classical Civilisation, Ancient History and History for his A Levels, and wishes to pursue these subjects at University next year.  He is interested in Rugby, Football and Athletics.    His older sister, Alena, attended Melbourne University in 2012, and it was she who persuaded Adam that the Antipodes was the place for a gap year .  Adam will move on to the Ficino School in Auckland in the first term of 2015.  Best wishes for a happy and productive stay, Adam!